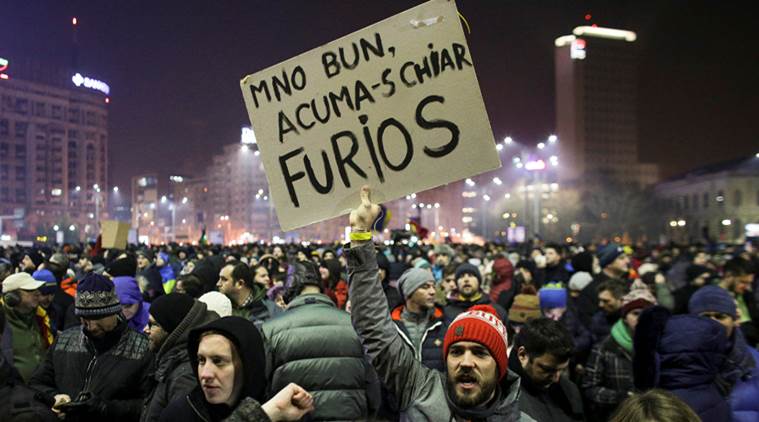 An anaysis by Mircea Geoana

The years after the global financial crisis have been a rollercoaster for Europe and the world. The norms and traditional wisdom have been under siege and a flurry of populistic and anti-establishment trends have come to the forefront of politics and the public debate. Taboos like liberal democracy, independent judiciary or rule of law are openly contested. Traditional parties are crumbling, secessionist and centrifugal forces are gaining traction. The recent elections in Italy are further proof that the conversation on the very nature of our social, economic and normative compacts is far from being over.

Old and new fault lines have resurfaced all over Europe. From North to South and from East to West, consensus seems almost impossible to be found. Narrow national interest is now king, solidarity is scarce, and the perception of risk and opportunity is more atomized than ever.

Brexit and the ambivalence about Europe of the Trump administration are not helping either. Russia is meddling with democratic processes across the board, amplifying the polarization in our societies. China is becoming more assertive and has started a “shopping spree” of valuable assets, encouraging regional formats like “16 + 1” with countries in Central-Eastern Europe.

Most of the rational voices are calling, for good reasons, for a fresh start for the European project. Proposals abound, from Ventotene, Paris, Brussels, the Visegrad group, to the Nordic countries. They are mainly about the need to consolidate the Eurozone, but also about defense, immigration and Schengen. For the first time since the 2000 Austrian elections – and the ostracization of Jörg Haider –, the “nuclear option” of activating Article 7 against a member state was started in the case of the former “child prodigy” of the new class of EU members, Poland.

Where is my country, Romania, in this organized disorder? Declaring its ambition to be part of “core” Europe but on the last circle of integration, out of the Eurozone and Schengen, with the infamous Cooperation and Verification Mechanism (CVM) on the judiciary and corruption endlessly renewed. It has no euro-skeptic political party in parliament and has high support for the EU in public opinion. Romania does not openly oppose the relocation of immigrants from the Middle East, as its neighbors do, but is completely unenthusiastic about it. With economic growth at 7% in 2017, it is the second country in the world after Syria in terms of (economic) migration, with Italy being the number one destination in Europe. With the largest number of computer and software engineers per capita in Europe, Romania also has the largest proportion of the population living in the countryside. It has a strong transatlantic inclination but is surrounded by neighbors and other European partners who start to diversify their strategic bets in front of an aggressive Russia. Nominally number six in the EU 27, Romania has almost no say on the key issues confronting our Union.

Romania will hold the presidency of the EU Council in the first semester in 2019. The EU Council in Sibiu on May 9 of next year will be the first to sanction both the legal outcome of Brexit and the Financial Perspective 2021-2028. It will also be the last one before the European elections. One should expect the new European Parliament to reflect the mood of our public opinions. Both in the capitals and in Brussels, a new political reality is about to arise.

At the frontier of EU and NATO, there is nothing more important for Romania than European and transatlantic unity and coherence. But signs are bad on both fronts. From burden-sharing to the relevance of NATO to climate change or tariffs, the US is sending disturbing words, tweets, and decisions. In Europe, we see different and sometimes opposite views on the way forward. French President Emmanuel Macron’s enthusiastic vision of Europe and his proposals on the way forward will be most likely opposed by others. The Franco-German couple (if synchronized) will not suffice to carry the huge task of aligning so many divergent views and interests. Inside and outside the Eurozone, centrifugal tendencies and regional alliances abound.

Despite polite and diplomatic words, we are actually heading towards a de facto multi-speed Europe. There is no conceivable way to harmonize such a diversity of positions of member states in the current state of play in national politics and the unravelling of the mood of the publics all across our continent.

This is where – from a Romanian view point – we see the most significant danger: a Europe with a core of nations willing and able to move forward with deeper integration and multiple peripheries orbiting at various other speeds. The experience we have with the hypocritical answer we get from some capitals about Romania (and Bulgaria) joining the Schengen area despite our obvious preparedness is an indication of how more complex issues like adopting the euro by weaker economies would be received in the future.

This leads to the corollary of such a scenario: strategic hedging by some and the reappearance of the spheres of influence and great power competition in our part of Europe (and not only). With some exceptions on the Eastern flank, most European capitals are becoming soft or outright weak on Russia, ambivalent about America and vulnerable to the aggressive mercantilism of China.

With the whole West seeming to lose control and and its dominant role on the world stage, is there a future for Europe? Romanians, in general, believe we still have the chance to move forward with the European project and stay relevant in the new world order. How do we accomplish this? It will be tough but not impossible.

The recipe is the same as that of the foundation of Europe some 60 years ago: a common perception of risk and opportunity, a world in flux and, the most difficult part, visionary and bold leaders. Hopefully it will work this time around.