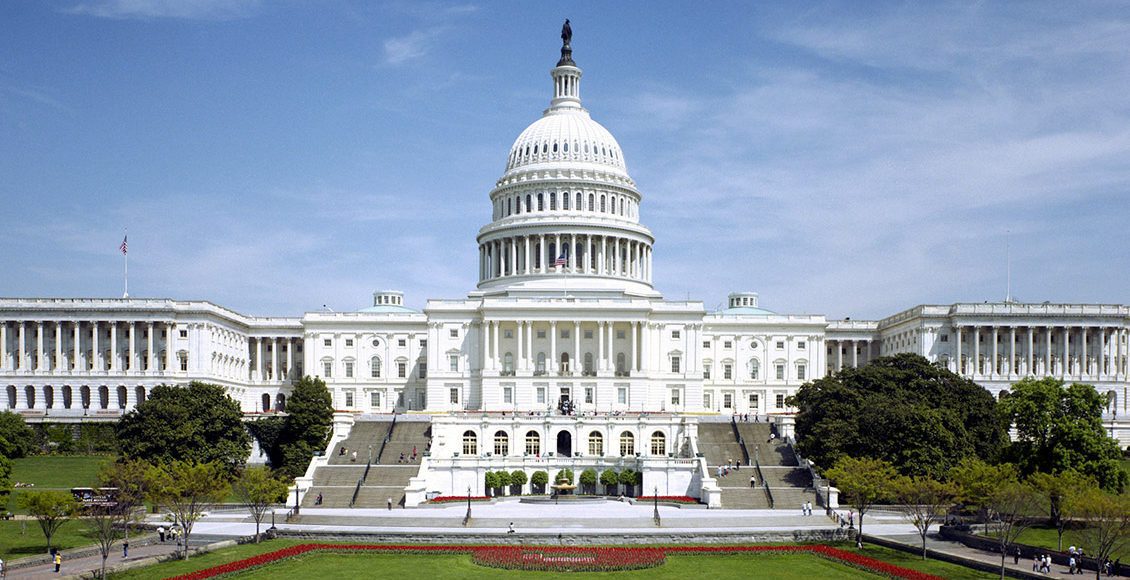 AESG – International Mission to the US

“It is not inherent in globalization to have countries with huge trade surpluses talking free trade rhetoric but actually practicing highly protectionist behavior.”

Wilbur Ross, US Secretary of Commerce

This was a joint mission to Washington of the AIfE partners for a wide-ranging conversation on the priorities of the next US administration and Europe’s perspectives and contribution to shared transatlantic objectives.

The visit included meetings with members of the Trump administration and of the US Congress.

International Conference ``The US and Europe in the age of uncertainty``

On June 5, the conference titled “The US and Europe in the age of uncertainty” was held at the Embassy of Italy (organized by AIfE and Aspen Institute Italia in cooperation with the Rome’s Center for American Studies, and with contributions by CESI and Edison), featuring the US Secretary of Commerce, Wilbur Ross, and a video-link with Italy’s Minister of Economic Development, Carlo Calenda.

Among the roundtable participants also representatives of the US State Department and US Department of Defence.

A central topic was the future of the international trading system – including the countours of a potential “post-TTIP” deal – and its geopolitical implications. The main trends in the US economy were also discussed, with a special focus on growth forecasts, fiscal policies and infrastructure projects. The energy sector was another subject of debate, particularly in connection with the shale gas industry in the US and the ongoing “energy revolution” based on the large scale adoption of renewables in the energy mix of many economies.

A session was devoted to security and defense issues across the Atlantic, with special emphasis on the ever-evolving threat of terrorism and the growing challenge of cybersecurity, as well as the adaptation of NATO and the role that the European allies will play in the context of transatlantic burden-sharing. 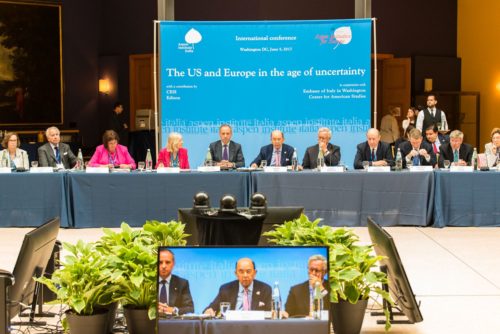 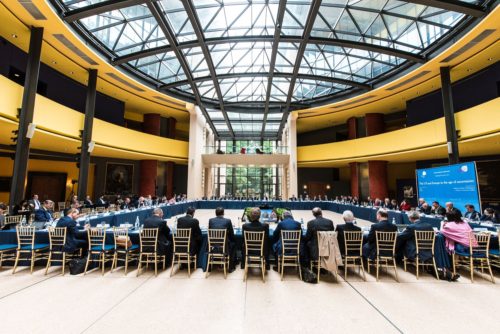 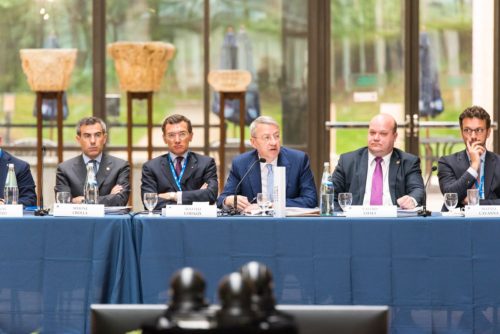 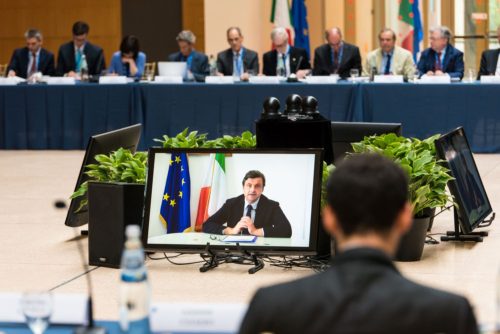 On June 6, a more limited number of participants attended the rountable entitled “For a new Transatlantic compact: values, interests, policies” – the first bilateral meeting of the Aspen European Strategy Group (Co-Chaired by Mircea Geoana and Rüdiger Lentz) and the Aspen Strategy Group (with Nicholas Burns as Director).

At the table was also Alfredo Conte, Head of the Strategic Planning Division in the European External Action Service

Participants discussed how to preserve NATO and make it more functional in a changing regional and global context. The Mediterranean-Middle East theaters were discussed in all their complexity, violent crises and shifting alignments. The Russia factor was another issue under consideration, with its unique blend of traditional military pressure and “hybrid” instruments of geopolitical influence – including attempts to affect the politics of some Western countries. The role of the EU was analyzed in the wider context of security concerns and responses on and around the European continent.

On June 7, a panel debate at the Trans-Atlantic Business Council focused on EU-US relations and the ongoing re-evaluation of trade policies in various key countries. The panel was chaired by Ivan Hodač.

The importance of transatlantic economic ties was underlined, as well as the need for advanced standards and shared practices to manage the rapid changes in global value chains and investment flows. Controversial issues such as the precise meaning of “fair trade” and trade imbalances were discussed.

The EU Ambassador to the United States, David O’Sullivan, and Stuart Eizenstat (former US Deputy Secretary of the Treasury ) were among the panel speakers.

Also on June 7, a public debate was held at the John Hopkins School of Advanced International Studies (SAIS) on the link between security and economic issues in current Euro-American relations.

Against the backdrop of strong transatlantic interdependence and continuing cooperation in many sectors, there are unanswered questions and unresolved problems that will be addressed by future meetings of AIfE and the AESG in cooperation with the ASG (Aspen Strategy Group).

The panel comprised Elliot Gerson, Executive Vice President of Policy and Public Programs, International Partners at The Aspen Institute; Mircea Geoana, President of Aspen Institute Romania; Dan Hamilton, Executive Director of the Center for Transatlantic Relations and Executive Director of the American Consortium on EU Studies at SAIS – The Johns Hopkins University; Marta Dassù Chair, of the Aspen Initiative for Europe; Andrea Montanino, Director of the Global Business and Economics at the Atlantic Council; Oksana Antonenko, Visiting Senior Fellow at London School of Economics and Political Science; Daniela Schwarzer, Director of the Research Institute at the German Council on Foreign Relations.