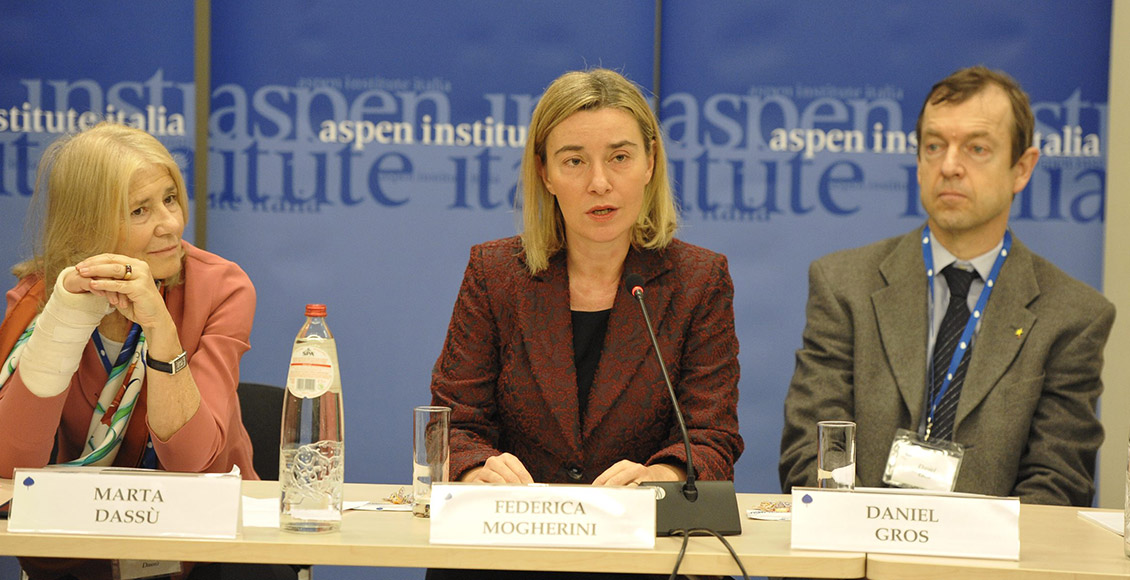 This International Workshop was organized by the Aspen Initiative for Europe jointly with the Centre for European Policy Studies (CEPS), in cooperation with the European Union Institute for Security Studies (EUISS) and with the support of the European External Action Service (EEAS). The discussions were structured so as to contribute to the development in progress of a “Global Strategy” for the European Union, which will be officially presented by the EU’s High Representative for Foreign Affairs and Security Policy, Federica Mogherini, in June 2016.

The proceedings opened with an extensive introduction by Federica Mogherini herself, who explained the rationale and approach being taken to the preparation of the Strategy, as well as responding to a series of questions and comments from participants at the event. It was noted that energy policy will be one of the main focuses of the Strategy, given its significance not just for European economies but also as regards foreign policy. Indeed, energy security requires a mix of measures and steps to be taken, both within the single market and externally in relations with major suppliers. The starting point will be the strong dependence of the EU as a whole (though varying greatly from member state to member state) on producer and transit countries, many of which are problematic politically or at any rate going through periods of major instability.

The event also saw the launch of the Aspen European Strategy Group, a joint European initiative pursued by the seven European-based Aspen Institutes. The Group will additionally, in future, deal with other issues of great importance from a European standpoint. Also participating in the proceedings were representatives of various companies from the energy sector. A further noteworthy highlight of the event was the panel discussion on “Energy as a security issue: implications for the Transatlantic relationship” held before the opening dinner, with the panel featuring Anthony L. Gardner, US Ambassador to the EU, Brussels; Raphael Hadas Lebel, Institut Aspen France; Christian Leffler, Deputy Secretary General, Economic and Global Issues, European External Action Service, Brussels; Alexander Vershbow, Deputy Secretary General, North Atlantic Treaty Organization, Brussels; and Mariangela Zappia, Permanent Representative of Italy to the North Atlantic Treaty Organization, Brussels.